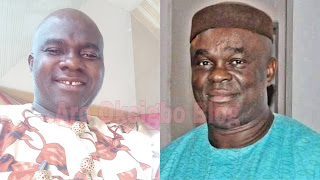 Mazi Precious Chinatu Okoro has finally unleashed the most anticipated story that many have been lingering to hear.

Mazi Precious being a strong member of Nzuko Aro has narrated how he was publicly assaulted by Mazi Dozie Udensi during Nzuko Aro (Enugu Branch) End of the year meeting .

From his write-up, Mazi Dozie Udensi halted him while he was still making his speech as given by Mazi Kingmoore.

From the information Mazi Chinatu disclosed to Aro Okeigbo Blog, Mazi Dozie Udensi during his speech disclosed that about a million plus was given to the wife of the late Eze Aro while the information contained in the speech given by Mazi Kingmoore to Mazi Precious Chinatu contains a total sum of #150,000 only.

This was what transpired and led to different reactions from individuals.

Read The full statement as sent to Aro Okeigbo Blog for publication and scrutinization.

On the 4th of  December, 2021 at Dragon Recreation Center Enugu, Enugu branch of Nzukọ Aro had her end of the year get together and as requested by the two Presidential aspirants on a telephone conversation with the branch President seeking for the branch votes were given opportunities to address the humbly gathered umu Aro of ikom na inyom. As I was making introduction of personalities present, I started with my VPG1, Mazi Dozie Udensi even before introducing the branch Patrons. 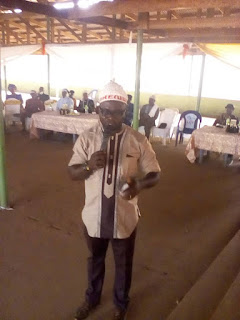 However, when Mazi Dozie was given the floor to speak in his capacity as the first VPG1, he did so without being halted, disturbed or hurried by any living soul under that roof. He took his time and talked on matters surrounding the burial of late Eze Aro, Civic Centre and how Aros’ should not hand over the seat of the President General to people of no pedigree. More so, Mazi Kingsley Okoro Kanu who was unavoidably absent asked me to stand in for him and so did I, while appreciating the branch on their support and commitment in the things about Aro Kingdom and reading in full context what Mazi Kingmoore sent to me as his remarks and encouragement to the branch, the house applauded. I also responded to the burial issue as raised by VPG1 in putting the records straight by telling the house that the account released by the FSG states that the wife of our late Eze Aro (Mazi Vincent Ogbonnaya Okoro) may his soul rest in peace, was given 150k as against the information released by Mazi Dozie, hence, I was quoting the FSG account sheets. It may interest you to know that, it was at this point while I was still talking within the time given to me that Mazi Dozie came from behind to forcefully take the microphone from me, shouting me down “I am the President General of Nzukọ Aro here and you must stop, but while still surprised at such reaction, I held onto the mic in amazement and after about 4 minutes the branch President, Patrons and even the women came to plead that he (Mazi Dozie) should allow me to finish as he was not harassed during his time. May I stop here for now. But, I must admit that I am bound not to lie against anyone nor negatively criticise anybody, for those calling to shut me down from speaking, know it that I am here and let nothing happen to me. I take those calls not as treat but kind concern. Ndewo nụ.

See Photos During The Enugu End of the year meeting Below. 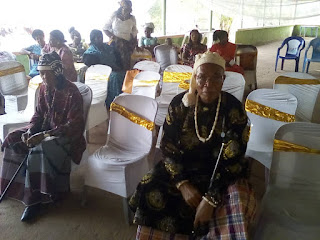 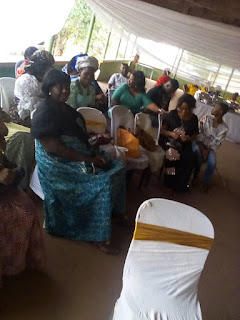 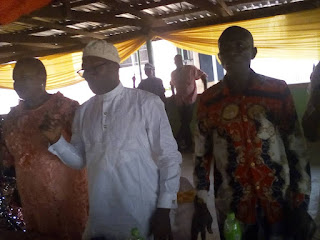 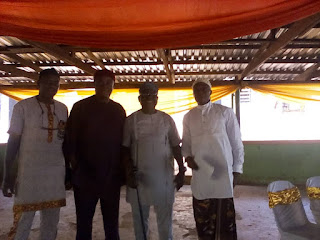 Thank You Aro Okeigbo Blog for your concern.

For News Publication And Enquiry Contact the Media And Publicity Secretary of Aro Okeigbo Blog via Call Or Whatsapp +2349122481401 or talk2okeigbo@gmail.com