SAY NO TO FALSE ACCUSATION: Dozie Udensi Did Not Assault Nor Abduct Any Body – Mazi Obinna Cries Out 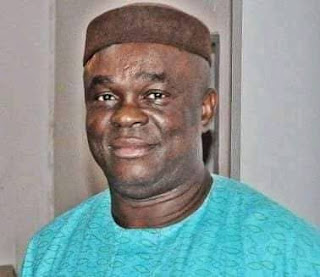 The Alleged Hostile Attitude of Mazi Dozie Udensi.
Matters Arising!
1. The alleged Enugu Saga:
Mazi Dozie Udensi (Omeziribe) Ugwu Aro is a stable Character, upright and  candid individual. The Truth about the said Enugu assault on one Precious Chinatu Okoro is misplaced as Mazi Udensi is not known for violence and cannot start same at his present Status.
2. The said Chinatu was misleading and misrepresentation facts bee the Congress of Nzuko Aro, Enugu Branch, which said misinformation was about to cause rancour, Mazi Udensi being the most high ranked Officer of Nzuko Aro in their midst given his position as the Vice-president General called him to Order to forestall an impending calamity. Notable members of the branch could be consulted for clarification.
3. Mazi Udensi is beyond staging a public show as physically assaulting anyone  old or young.
4. The issue of abducting someone mandated by Nzuko Aro to a private residence:
Mazi S. O. Kanu (S. O. K) has shed a little light on what transpired on that occasion. Mazi Dozie Udensi as a peacemaker stepped into a misunderstanding  between two parties, currently misinterpreted by persons who do not take painstaking time to investigate issues before jumping to conclusions
5. On Friday, 18th day of February, 2022 by 4 pm Mazi Dozie Udensi was in the company of Prof. Kanu Nkaginieme at Akama when he got a distress call that there was rancour amongst Umu Aro, precisely Nzuko Aro, Home Branch, being the Father he is, he rushed down armed with information that they were in his compound at Atani.
6. That upon getting to his residence, he found people and enquired what the issue was, in response, he was informed that one Poneco (The proprietor of Poneco Hotels, along D B Road commissioned and firmly instructed Lawrence Ezuma (Okotie) to issue a Notice that Nzuko Aro Home Branch has been dissolved and replaced with new executives and that there shall be a meeting at the Civic Centre.
7. The said false information sparked a counter reaction that led to the halting of an agent engaged by Okotie to help him despatch the said information being that the said Okotie was engaged in another function. Okotie was informed about the development which prompted him to call the said Poneco whom bluntly refused answering calls placed to his phone.
8. On arrival, Mazi Udensi met Okotie and his agent and after listening from both parties, as a Father informed  Okotie that the information was wrong and equally ordered the release of Okotie and his agent and pleaded with the aggrieved members of Nzuko Aro, Home Branch to be calm.
9. The various individuals and groups have reached the said Okotie and he has reiterated that he was not held hostage, intimidated nor assaulted in any form and that he never saw anybody armed with dangerous weapon of any kind and he equally stated this position today and is willing to defend same at any fora.
10. That’s it is absurd to link a person of the caliber of Mazi Udensi with illegality, thuggery and abduction.
11. That Mazi Dozie Udensi,  Omeziribe as a Father given his position as the second highest ranking Officer of  Nzuko Aro Worldwide has the responsibility to invite disagreeing Umu Aro and equally step into any kind of disputes between Umu Aro in order to avoid rancour and calamity.
11. The contest in view does not call for Character Assassination and calumny or disparaging of person(s) to score cheap gains.
Omeziribe and his team are focused and committed to their dreams for a better Aro Okeigbo and no amount of blackmail can deter that Vision.
Let Truth be our Watchword, no one has the monopoly of lies and calumny
Mazi Obinna Okoro.