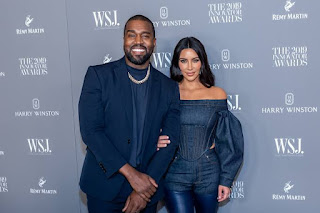 Female American Celebrity , Kim Kardashian of the Kardashian’s family whose marriage to American Rapper, Kanye West is in the rocks seems to be getting a reigniting fire as sources close to Kim claims she’s missing her estranged husband, Kanye and possibly would want a comeback with the father of her four kids .

According to an Entertainment magazine, The Close Magazine , Kim is in a confused state on whom to be with between her new man, Pete Davison or ex husband , Kanye West whom hasn’t been giving up on getting her back . 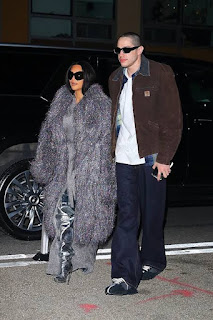 She feels there could still be a reconnection of the lost love as Kanye West is showing he’s really deep into her and doesn’t want the union to just slip off the carpet just like that .

It’s been reported that Kim is seeing Kanye secretly but can’t just let go of her rebound guy, Pete Davison so soon .

According to insiders, it’s believed Kim’a constant acts of flaunting her new relationship on social media is a propaganda to get back at Kanye West and seek more of his attention as he’s shown he can’t take off her memories off his mind

Sources claim,whiile Kim is still clinging on to Pete, there is a belief among her friends that there’s no longevity in it and she’s hinted that it’s never going to be her happy ever after. She doesn’t see a future between them .

This is coming after reports claim all the Kardashian sisters unfollowed the billionaire rapper , Kanye West on Instagram.

Kim and Kanye together had four kids- North, Saint, Chicago and Psalm. They got married 201