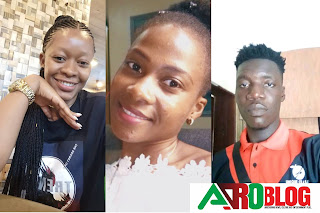 The National Association Of Arochukwu Students NAAS (Worldwide) was on 15/10/2021 appointed HRM. Lolo Ebere Chinyere Precious as the Vice President NAAS Worldwide, this appointment followed the failure of the former V. P to tender an apology letter to the Association for brawl between her  acts of gross misconduct, deactivation/ antiparty acts to the Association and to the president; Comr. Victor Okereke O.

Mazi Nwaka Uche Ernest, the NAAS Senate president was on a GA meeting held at The Federal Polytechnic Nekede declared the post of the Vice President NAAS vacant and asked the Union President to use his power to appoint someone to replace the former Vice, the Association president asked the General populace to norminate candidates of their choice who will go through Election to occupy the seat. On that premise the house unanimously agreed that the president should go by appointment from the candidates they norminated, there and then the president appointed Ebere Chinyere Precious as the Vice President  and Ojiugo Favour as the Secretary Generalof the Association, thereafter an election was conducted for the office of Provost where Brain Ukwu emerge the winner to occupy the seat of the Provost to the Association.

The Senate president told the attendees of the NAAS GA meeting that after the letter of the president was received, he was returned to office while the office of the Vice remained vacant.

More also,  during the meeting, the NAAS Senate president pointed out on the needs to have a complete working Excos for the organization which will help in successful carrying out of their Christmas events.

After the election and Àppointements the following people are occupants of the below listed posts.

Note these made up the executives that constituted the 7th Republic of NAAS world wide.

Congratulations to all of you, from all of us @Aro Okeigbo Blog