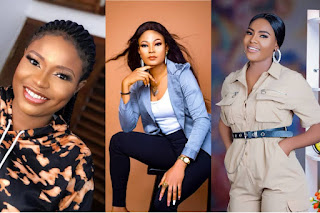 Twenty One -year-old Ogonnaya Priscilla, a model from Atani village Arochukwu, has beaten the rest of other contestants to win the 2021 Face Of NAAS Facebook Voting

After all said and done, a facebook voting took place on NAAS Worldwide Facebook page which saw Ogonnaya Priscilla as the winner.

According to Nnadozie Victor, the P.R.O NAAS Worldwide and Chairman Planning Committee for Mr/Face Of NAAS 2021, he disclosed using his social Media handle that the voting did not end on facebook as there are other criteria’s one must posses before official crowning of the winner on 29/12/2021.

READ ALSO: About The Arochukwu Waterfall And 79 Steps

Nnadozie Victor went further to encourage those that couldn’t make it to the top three never to loose hope as voting is still ongoing, he encouraged them to note that One being the winner of something doesn’t actually mean he/she is better than you but it simply means that he/she worked for it more than you did. If you would have done like the winner, you should have also be crowned the winner.