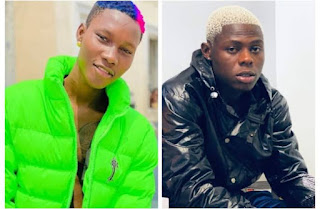 The Nigeria Drug Law Enforcement Agency during its operation arrested Musicians , Oniyide Azeez popularly known as Zinolessky and also Ilerioluwa Oladimeji popularly known as Mohbad , both signed to Marlians Record Label which is owned by Naira Marley and some other people with claims they were found with drugs.

The musicians were arrested in the early hours of today, Thursday 24th February 2022.

A spokesperson for the agency told Daily Times that the reasons they arrested the musicians was because information got to them they were in possession of hard drugs and thus intrigued the agency to swing into action and get them arrested alongside one other male and two females.

The agency claims they found some quantities of Molly and Cannabis in the house where the suspects lived during the search .

In a viral video on social media, the Marlians Records acts were seen being manhandled roughly whilst being handcuffed alongside the other suspects .