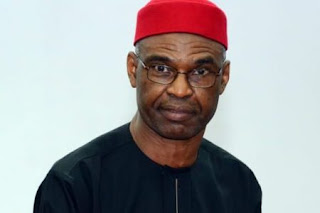 The people of Arochukwu Community were thrown into a state of jubilation as they expressed gratitude to the Minority Whip/Member representing Arochukwu State Constituency, in the Abia State house of assembly for delivering dividends of democracy to them. 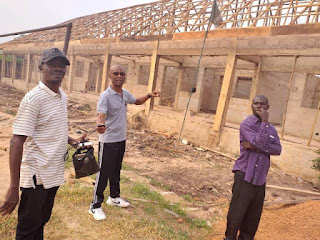 Earlier this year, it was rumored that Dr. Mike Ukoha embarked on rebuilding a four block classroom of Mary Slessor Primary School in Arochukwu, this became a reality on August 18th 2021 when a high powered delegation led by the Aria Nzu of the Arochukwu Kingdom, Mazi Kanu Okoro stormed Mary slessor Primary school for the Commissioning of the Four block Classroom coupled with some other Ezes in the Kingdom like Eze Kanu Nwa Kanu; Eze Ibom Isii, Eze Okorafor Uro; Eze Agwu and some other dignitaries in the Kingdom. 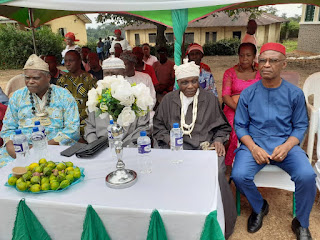 Speaking further on the occasion, the Aria Nzu of the Arochukwu Kingdom, Mazi Kanu Okoro, expressed pleasure in Dr. Mike.
He hinted that Hon. Mike Ukoha, has done great for the people Arochukwu L.G.A through countless Agricultural programmes, financial supports to the people and other projects he has embarked upon, saying that with the way he is always reaching out to his people, God will bless him immensely. 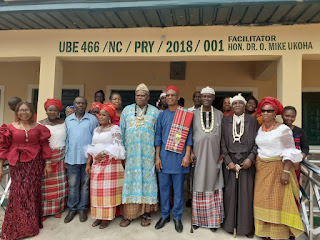 The Aria Nzu who described Dr. Mike as one whose footstep should be emulated by future leaders disclosed that, during his time at the school they never had such skyscraper as classroom, describing the building as one of the best schools in Arochukwu, which will go a very long way in providing a conducive environment for the learners and help in facilitating learning. 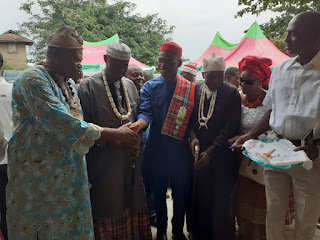 During the event, Eze Kanu Nwa Kanu the Eze Ibom Isii of the Arochukwu kingdom described Dr. Mike Ukoha as leader who has the interest of the masses in mind, not just for his personal interest.

He thanked Dr. Mike Ukoha for all the good things he has been bringing to the kingdom since emerging the member representing Arochukwu state constituency. 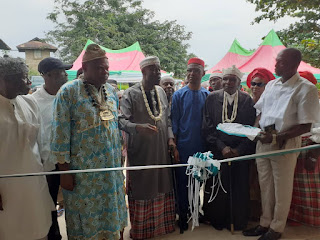 Also, Eze Okorafor Uroh thanked the Law Maker for his huge efforts to make Arochukwu LGA, a talk of the town, saying that his pattern of politics, in embracing people from all political parties, has been astonishing.

He hinted that Hon. Mike Ukoha, has done great for his people of which everyone is seeing, he prayed that God will protect and grant Dr. Mike Ukoha more grace and vision to pilot Arochukwu L.G.A to a greater height. 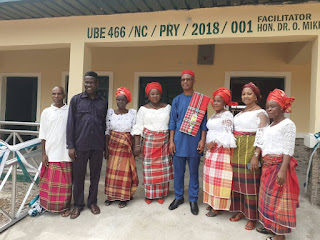 Also Lady Bright Elekwa ably represented by  Mrs. Blessing C. Okoro described Dr. Mike Ukoha as one  has written his name in gold and the people of Arochukwu L.G.A will forever remember him as one whose developmental strides uplifted the status of the Arochukwu L.G.A. 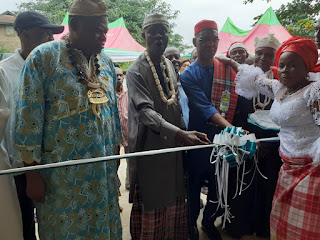 Speaking at Mary Slessor Primary School, Amannagwu, Arochukwu, on August 18, 2021, the facilitator of the edifice and the Minority Whip/member representing Arochukwu State Constituency, Abia House of Assembly, Hon. Dr. Onyekwere Mike Ukoha, first of thanked God for giving every one the enablement to attend the commissioning of the classrooms.
He explained that due to the passion and love he has for Quality Education and the pupil who will make use of the building, he decided to enact it in a good quality standard .
He specifically thanked the Governor of Abia State, Dr. Okezie Ikpeazu, for his numerous roles in aiding him achieve these projects despite not belonging to same political party, adding that the governor understands that education is the key to a bright future.
The lawmaker used the occasion to urge the people to ensure that they protect the building from destruction and called on the traditional rulers to play a vital role in this regard.
He expressed delight as the pupils were happy entering and jubilating inside the new classrooms, because they now have a better place for learning.
Hon. Ukoha further promised that if the structures are protected, he will do more for the people, stressing that “we all must preserve what we have even as we expect more to be done”
He went further to call on every one to take the opportunity of the NIRSAL Micro Finance Bank in Arochukwu to get involved in Agriculture, he also used the opportunity to point out some beneficiaries from Amuvi village in Arochukwu who are doing marvelously well in their various fields with the money.
In her speech, the Educational Secretary of Arochukwu LGA, Mrs. Blessing C. Okoro, who represented the Executive Chairman Abia State Universal Basic Education Board (ASUBEB), expressed delight over the structure, describing the structure as “Best In The Federation”. 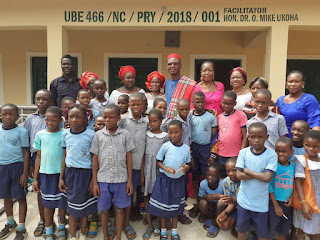 She said she feels humbled to witness the commissioning of the the building on behalf of the Executive Chairman of ASUBEB, and thanked the law maker for his kind gesture towards the people of Arochukwu L.G.A.