It was an atmosphere of joy and excitement as Mazi Ifeanyi Elvis Ogbonna (IGNES) recieved the prestigious PHILANTROPIST award of the year at the ABIA AWARD organized by the most influential media practitioners in Abia, ALL FACTS NEWSPAPER. 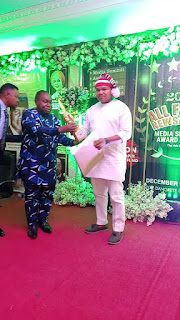 The highlight of the event was the presentation of the PHILANTHROPIST OF THE YEAR to Mazi Ifeanyi Elvis Ogbonna (IGNES) by erstwhile Commissioner of Information, Hon. Pst. Ralph Egbu. 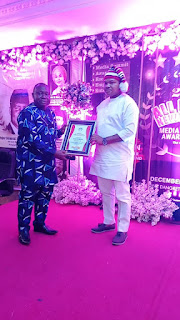 Recieving the award u behalf of the awarded,  DG, IGNES OGBONNA MOVEMENT, Mazi Jeff Okafor thanked God and the Organizers for the award and assured of more good works to humanity. 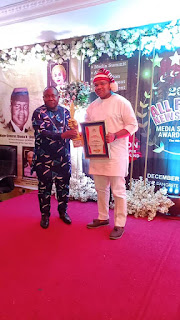 A lecture on EFFECT OF MEDIA IN DEMOCRATIC GOVERNANCE was delivered by the Abia State Deputy Governor, Rt. Hon. Sir. Ude Okochukwu.

Some other recipient of awards include:

Hon. Chijioke Chukwu (voice of the opposition of the year)

Hon. Augustine Akomas (Councilor of the year), amongst others.

To God be the glory.