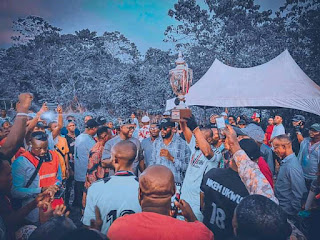 The players and residents of Asaga village in Arochukwu have appeared before God to thank and appreciate him following their win at the just concluded Ignes Ogbonna football competition.

The village which in appreciation decided to worship at the living faith church Asaga village, Arochukwu used the great opportunity to return all glory to God for giving them the strength and grace to emerge winner at the Ignes Ogbonna football competition following their numerous winning over other villages.

Speaking at the Thanksgiving service, the coach presented the trophy before the entire congregation and beseech then to follow him and thank God for giving him and his players the ability to bring the trophy home. 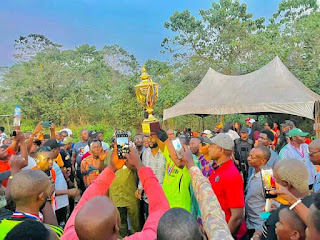 He thanked everyone who in one way or the other contributed to the winning of the village and prayed that God will meet them at the point of their needs. 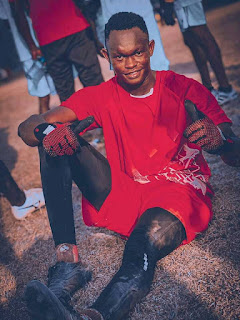 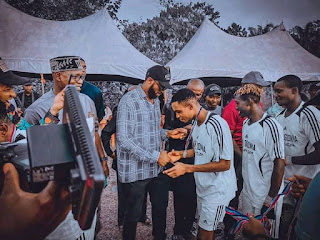