Mary Mitchell Slessor (2 December 1848 – 13 January 1915) was a Scottish Presbyterian minister to Nigeria. Once in Arochukwu, Mary Slessor learned the Aro language, and other nearby dialects, then, at that point, started educating. As a result of how she might interpret the local Aro language and her strong character Slessor acquired the trust and acknowledgment of Aro people and had the option to spread Christianity while advocating for ladies’ privileges and safeguarding local youngsters. She is generally popular for having halted the normal act of child murder of twins in Arochukwu before proceeding to okoyong , an area of Cross River State, Nigeria.

Mary Slessor Memorial Secondary School, Arochukwu was built about 100 years of ago in remebrance of the then presbyterian missionary woman. This is an extraordinary spot as it was simply precisely the same place where Mary Slessor herself had a school where she kept the twins she was saving before the killing of twins was canceled in Nigeria. In this video you will see what the old structures resemble today. Mary Slessor had a little school where she kept and prepared the twins she saved before the killing of twins was annulled in Igboland. That equivalent spot in Arochukwu, Abia State Nigeria was at last transformed into Mary Slessor Memorial Secondary School after her demise in 1915.
The Mary Slessor Memorial School is one of the tourist destinations in Arochukwu that you would love to visit.
See Photos below 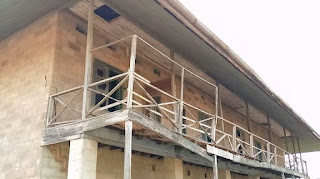