How We Restored Peace Between Ugbo And Ikpanja – Jide Kanu 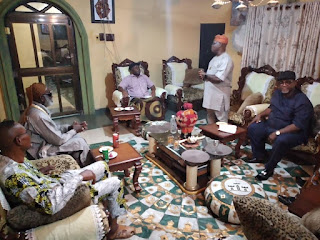 Mazi Emmanuel Jideofor the former Aro Local Government  TC chairman has shared to the public the effort Nde Eze in council and council of Arochukwu Royal father have make to see that peace is being restored between Ugbo And Ikpanja People.

Read What He Shared Below,

The Arianzu Arochukwu Kingdom, Mazi Augustine Kanu Okoro, yesterday, the 26th of February 2022, sent us to the Paramount Ruler of Ibiono Ibom, Dr Ime Udousoro Iyang, with a letter of appreciation from the Eze Aro in Council/Nde Eze Ogo and the entire Arochukwu community to express our profound gratitude to him and the entire Council of Chiefs in Ibiono Ibom LGA of Akwa Ibom for the role they played to restore peace between Ugbo/Ikpanja.

His Majesty, Dr Ikuku Ime Udousoro Iyang received us warmly in his Palace.

He was full of praises for the Aro people natural intelligence and their ways of life, an experience that has also guided him greatly to serve his people with dedication. These experiences and knowledge he acquired through his early sojourn in Aro Kingdom where he learnt leadership under the tutelage of the then Eze Aro, His Royal majesty Eze Kanu Oji. 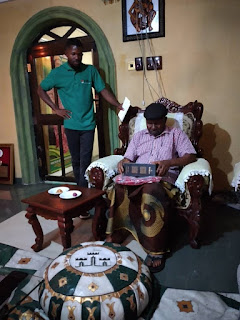 He however, extended his appreciation to the Aro Kingdom Royal fathers, most especially the Regent King and prayed to Almighty God to grant them good health to continue to serve Aro Kingdom.

He went further to assure us on his honour that the last segment of these efforts aimed at ensuring and stamping lasting peace, which is the delineation of the boundaries between Ugbo/Ikpanja will be peacefully resolved soon.